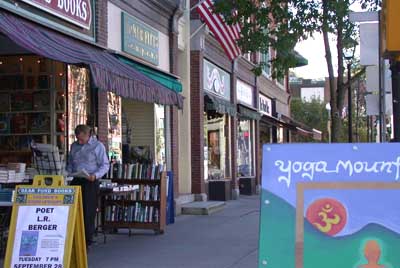 Montpelier is a great place to live. Learn more about this wonderful town here and check out some fantastic properties for sale too!

Montpelier is the capital city of the U.S. state of Vermont and the seat of Washington County. As the site of Vermont's state government, it is the least populous state capital in the United States.[4] The population was 7,855 at the 2010 census. However, the daytime population swells to about 21,000, due to the large number of jobs within city limits.[5] The Vermont College of Fine Artsand New England Culinary Institute are located in the municipality. It was named for Montpellier, in southern France.

Copyright 2020 New England Real Estate Network, Inc. All rights reserved. This information is deemed reliable, but not guaranteed. The data relating to real estate displayed on this site comes in part from the IDX Program of NEREN. The information being provided is for consumers' personal, non-commercial use and may not be used for any purpose other than to identify prospective properties consumers may be interested in purchasing. Data last

Create your own unique website with our awesome templates.

Let us find your new home! Tell us about yourself.

Thank you for visiting our site. We are looking forward to working with you to help find the home of your dreams. Tell us more about yourself, and we will reach out to begin the process of making sure your new Vermont home is the perfect fit.

Thank you for contacting us, we'll get back to you shortly.

Sorry, we are unable to send your message at the moment. Please try again later.